Link to Part One: Why LEED-ND should exist, some background.

Part Two:  Where LEED-ND got its roots – New Urbanism – and its basic criteria

The late 19th, and early 20th century was rich of urban desing schools advocating the usage of cars. Both Le Corbusier’s  “Ville Contemporaine” and Howard’s “Garden City” are urban-scapes intra-connected, primarily, with trunk roads. Though, admittedly, both included public transport in their plans too, such measures were rarely translated into fruition. 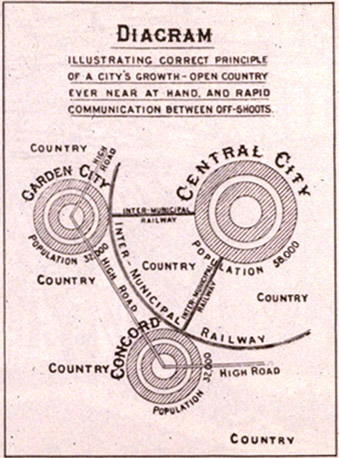 However, more glaringly, both these design principles separated, for most of the part, the city both socio-economically and by function. There are certain areas for the wealthy, certain for the “proletariat”, certain for work, certain for housing and certain for play. This methodology is an accurate representation of modern day North American cities with their downtown cores, and belts of suburbia. Use is divided and this puts a massive strain on the transport infrastructure, public and private. Traffic jams have become commonplace with the excessive use of automobiles that these cities enable. Public transport has been reduced to a lower social connotation and walking is totally out of the question due to the vast spatial separation of our cities.

This is where New Urbanism arose. It was to counter the overbearing of automobiles on both the design of the city and, increasingly obviously, on the environment. It is based on a collection of multi-use, mixed-income and walkable neighbourhoods based around an extensive intra-city public transit system to create more liveable neighbourhoods and a less spatially divided city. LEED-ND is based on these principles. 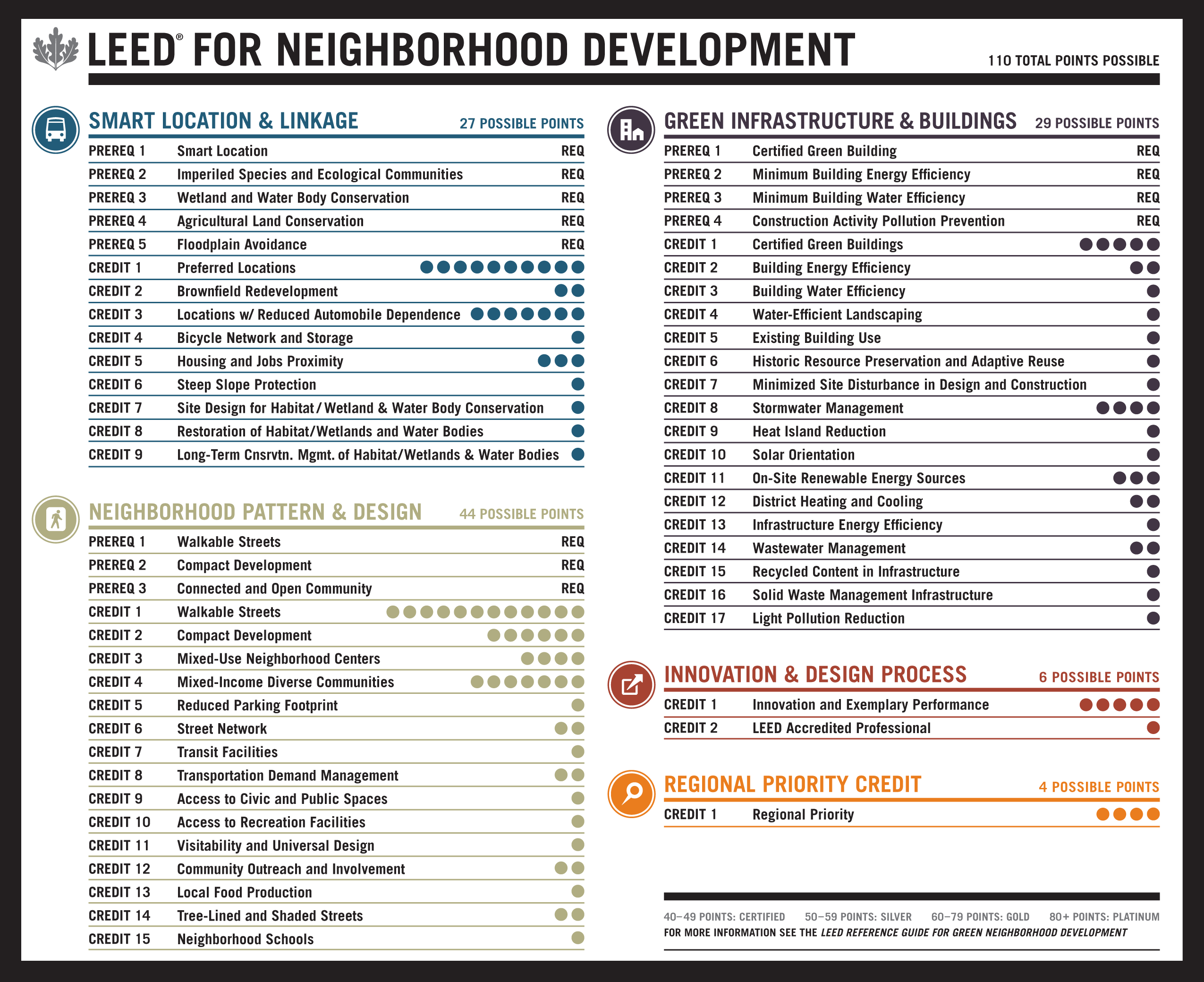 Here is a short video exemplifying the importance of LEED-ND in industry featuring Avneet Gujral’s, a LEED Accredited Professional, experience with the code.

The next blog posts in this series will be analysing the main LEED-ND criteria, and their prioritized sub-criteria, and will showcase current exemplars of neighbourhood design.

(To Be Continued)
Part Three: Smart Location & Linkage and its Benefits for Modern Cities

Also of Note: This year’s TED Prize is dedicated to the city of the future, “City 2.0”, further exemplifying the importance of improving our urban landscapes socially, physically and aesthetically; a great encouraging measure for initiatives such as LEED-ND and corresponding industry. Cities are the key to improving the standard of human living holistically, and the TED prize exemplifies this. LEED-ND exemplifies one of the measures to achieve this.