Urban Sustainability Projects You Should Know About

A guest post by Ashley Halligan, an analyst at Software Advice, a Web-based resource.

Cities across the global are gaining international recognition for their sustainability efforts. Some have been long-recognized for their environmental innovations (Curitiba, Brazil for example), while others are just beginning to make some pretty recognizable ecological strides–some of which are quite surprising, or at least, lesser known initiatives. Today, we’ll provide four examples of worldwide cities doing magnanimous things.

Naples, Italy: Long-known for its trash crisis and street crime, its citizens have taken the initiative to be the change they wish to see. By organizing groups who are tackling trash-lined streets, city parks and squares, and even the area surrounding Mount Vesuvius, Naples’ citizens are slowly but surely taking the trash crisis into their own hands. Some creative initiatives include flash-mob clean-ups and guerrilla gardening groups.

Songdo, South Korea: Representing an entirely different approach to sustainability, Songdo is a brand new city built from scratch atop South Korean swampland–just 40 miles outside of Seoul. Being the first Leadership in Energy and Environmental Design (LEED) Neighborhood in South Korea, all of its buildings either meet or exceed LEED requirements. The state-of-the-art city also boasts 40-percent green space with a 100-acre Central Park rivaling the likes of NYC’s.

Medellin, Colombia: Also known as a drug mecca and incredibly dangerous city (the most dangerous in the world for some time), it’s now been awarded the 2012 Sustainable Transport Award next to (the expected) San Francisco, awarded by the Institute of Transportation and Development Policy. Now developing into a world leader with its innovative transit options–like a multi-series escalator connecting Medellin’s historically poorest neighborhood to its city center–the city has demonstrated that environmental sustainability can also lead to social change, having demonstrated a 90-percent drop in crime rate since its current mayor took over.

Philadelphia, Pennsylvania: An American city not widely known for its environmental consciousness may surprise some by its most recent goal established by Mayor Mike Nutter in his 2008 inaugural speech–to become the country’s “greenest city.”  The U.S. Department of Energy declared Philadelphia a “Solar America City,” observing “both a compelling need and an important opportunity to accelerate solar application” in the city–in 2008. Nutter has since put the city on a six-year plan with 14 initiatives for ecological improvements.

Read the original story with more information on each city here.

I am a Certified CA and have nothing to do with green buildings, other than the fact that I work and live in one. So, perhaps I have the most to do with Green buildings! In the past 5 years many new office towers have sprung up in the downtown core, however not on Bay Street itself, they have been built south of Front Street, and the core has now been stretched. All of these buildings have been built with LEED certification objectives in mind.

With the Bay Street buildings now aging past the 30-40 year old mark, they are becoming outdated , and tenants are realizing that these new buildings have a lot to offer including new modernizations such as LEED certifications. 10 Major Bay Street tenants left their bank towers in the past 5 years and moved to these new buildings in the southern core, and they said 2 major reasons were it was more economical, and the building’s LEED certification aligned with our company’s’ objectives in being more environmentally conscious. Many owners on Bay Street saw this happening, and became concerned that they were losing tenants to these more up to date buildings. The owners of the RBC plaza decided to refurbish and update the massive office complex, which was over 30 years old. It was the first Bay Street bank tower to obtain LEED certification. Cadillac Fairview saw what was happening around them at the RBC Plaza and First Canadian Place, and decided they need to begin refurbishing their complex, the TD Center, in order to keep tenants. So they began a massive project to refurbish and retrofit all 6 buildings to obtain LEED certification. They started this project by replacing all of the windows with updated ones to better insulate the tower, in the oldest tower, over 45 years old. Next they plan to install a 22,000 square foot grass roof on top of the banking complex at the TD Center.

As you can see LEED certifications now speak loud to major corporations on Bay Street, and it is now playing a big role in the buildings they are deciding call their homes. The Prius Effect and Building Dashboards

i just want to start this post off by congratulating everyone who has passed the LEED GA thus far from the class. Great job everyone and don’t stop there!

Today I want to talk to you about something known as THE PRIUS EFFECT. This phenomena was actually introduced to me through LEED. For a little background on the prius effect we must go back to one of the first hybrid cars, the toyota prius. The Toyota Prius innovatively interacts with the driver to make one concious of your fuel consumption. It is very simple, as the driver sees his/her fuel consumption ($$$ Leaving their pockets) they will try to drive in a way that reduces the consumption rate. This in turn reduces the amount of money that will be spent on gas.

This effect can be duplicated inside sustainable/energy-efficient LEED buildings. By utilizing something known as a building dashboard, the occupants can see their energy consumption and make note of how their activities can reduce that consumption as well as their energy bill. It allows occupants to check their real time energy/water consumption and even Greenhouse Gas emissions or see the trend of those aforementioned items.

Feel free to check out an exemplary one here: http://buildingdashboard.com/clients/brower/

The three concepts of walkability, density and diversity are intrinsically linked. Increasing density will bring out an increase in the uses of the area which in turn will bring more people on the streets increasing walkability. Shorter, tree-line and well lit city blocks will also encourage walking as it provides a more local feel to the area. A variety of functions, ranging across the economic spectrum, will make sure people are on the streets throughout the day: cafes, banks and clinics in the morning, eateries and shops in the afternoon, and bars and restaurants at the night. Other facilities such as public transit, urban agriculture, community centres and schools will also increase the community health by increasing diversity in age and socio-economic groups. If majority of one’s uses are within the neighbourhood, people will utilize cars less for day to day activities. We will no longer have to drive for 20 minutes to access the bank, grocery store, clinic or restaurant if they are only a walk away. 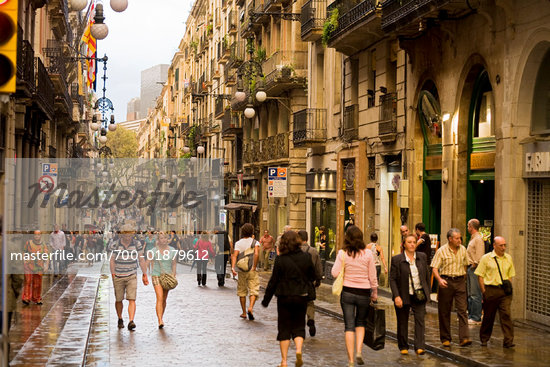 People tend to attract towards cities due to crowds: may it be their economic or intellectual benefit. Keeping people within their neighbourhoods crowds the streets, making them safer and more enjoyable than empty ones. Crowds’s synergistic value in successful neighbourhoods provide overall positive emotions to the user of the space. By keeping people on the streets by taking them out of their cars, not only do more people enjoy the space but the environment benefits from reduced transport usage.

Smart Location is application of mere common sense but , observing current cities, it is a principle avoided at an alarming rate. Cities of our age are exemplars of sprawl-based dwellings. The dependence on cars – and its precursor, the chase for a big home and a backyard – have led to cities moving further and further outwards with complete disregard of the dimensions of space and the environment; for some, including me, this phenomenon borderlines the absurd.

Concerning site choice, Smart Location & Linkage entails both the preservation and restoration of the natural ecosystem and proximity to mass-transit networks to reduce dependence on cars. If sites, be it for neighbourhoods or buildings, are chosen according to these principles their footprint will be drastically reduced without a single brick laid. It is about appropriateness of our project and not blatant disregard of its context.

I paint a bleak image for their do exist fantastic examples of Smart Location. Toronto does have a positive history, though it parallely develops outwards, in building along the Yonge subway line; this should be an encouraging sign for policy makers and developers to lobby for better public transit, it boosts other industries. To further reduce car dependance, Smart Location also calls for better bicycle infrastructure – such as bike racks, proximity to lanes, in-house showers and even public bicycle networks such as BIXI.

Furthermore, it outlines the development of sites near areas that have a wide range of services to reduce commute times- similar to development proposed by New Urbanism and Jane Jacobs.

The second half of Smart Location outlines conserving sensitive ecosystems and managing them as to not hamper their processes. Brownfield development – on a previously used site – is highly encouraged. Designs are encourage to conserve  wetlands – which are highly sensitive – and to manage water. It is encouraged to postulate a long term plan to manage and restore sensitive ecosystems – including wildlife and agricultural land.

Overall Smart Location has shown economic benefits too. Environment-mindedness and proximity to public transit do encourage more users of that neighbourhood. It is an achievable goal – that will prevent many long term issues – that most new neighbourhoods should adopt.